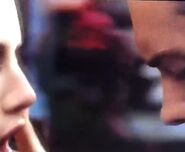 Add a photo to this gallery

The Ghost of 8-Mile (Abbreviated as G8M in fan communities) is a supporting character in the 2002 Drama Film 8 Mile.

It is seen in the background in one scene that depicted sexual intercourse between B-Rabbit and Vanessa in an uninhabited portion of the factory. Although only seen for a moment, the paranormal spectre has a profound impact on the film. Film theorists and scholars believe G8M to be the spirit of Dr. Dre, acting as B-Rabbit's guardian angel. This supposedly mirrors the actors' professional relationship in the rap industry.

Retrieved from "https://8mile.fandom.com/wiki/The_Ghost_of_8-Mile?oldid=4253"
Community content is available under CC-BY-SA unless otherwise noted.